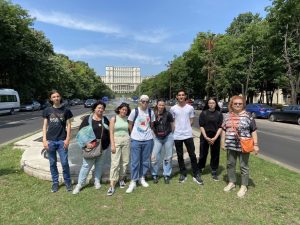 The first day of our travel started early. We had to wake up at 6AM and start travelling. The bus was small but bug enough to fit all of us comfortably. Our destination for the day was Brasov. And so we started travelling. After we crossed the Bulgaria-Romania border we were halfway there. After some time we got to Bucharest but our travel wasn’t over. We passed through Bucharest with our bus quickly and were able to see a part of it on the first day. After we exited the capital we started travelling towards Brasov. We passed the countryside and mountains which were picturesque. And at long last we got to Brasov. After we got to our hotel and got our rooms we decided to go out as a group. The first thing we were able to see outside of our hotel was the black church and the city centre. We walked around the centre for awhile and got back to our hotel. We the students had a quick rest and decided to go out as a student only group to find something to eat and do some sightseeing. We went to a small restaurant near the centre. After eating we explored a bit more of the town and got back to our hotel ready for tomorrow’s adventure. 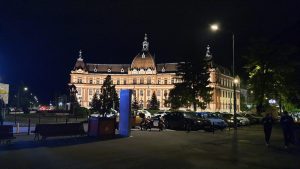 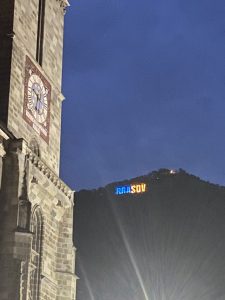 Today me and the girl I was sharing a room with woke up and went to the hotel restaurant to have breakfast at around 9:30. After that we went for a brief walk around the city centre. There were a lot of people walking on the main street although the sky was cloudy and the weather was quite chilly. Personally, I really enjoyed the overall atmosphere of the city and especially the old buildings, which were beautifully decorated with romantic ornaments. There were a lot of restaurants and souvenir shops and interesting places to visit. After that we headed to a park, in order to get to which, we had to go up a lot of stairs but we made it. The park itself was very beautiful, it was placed on kind of a hill and there were a lot of places there to eat as well. After a little bit of disorientation, we found our way back to the centre. There was a square where people were free to play various games such as ping pong or volleyball. Me and my roommate, for example played badminton for a little while. After we were finished with that, we went to a couple of shops to buy some souvenirs. When we were ready with this, we went back to the hotel, packed our bags and went downstairs. Then we set off for Reghin, which was where we stayed for the longest. We arrived in the late afternoon and were really tired from the long ride. Later some of us decided to stay in, and the others went out, because albeit it not being as big and busy of a city as Brasov is, Reghin can still offer things to keep you entertained during your visit. 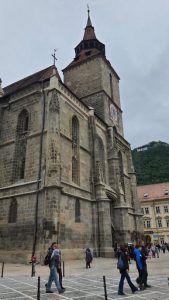 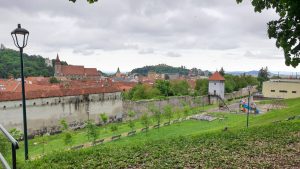 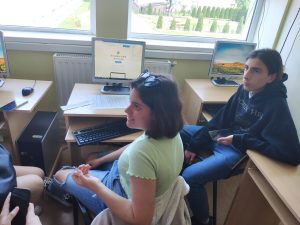 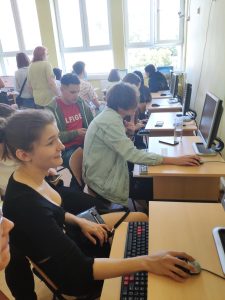 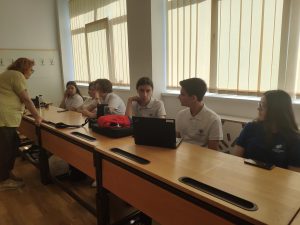 We got up and had breakfast at 8. At 8:30 we took a bus to Gurghiu. We met the students from Slovakia and Romania, as well as their teachers. The Romanians welcomed us with drinks and food, and then showed us the school, the kindergarden, the high school and the animals they have. They had little ponies that we could pet. The next thing we did was going to a park near the school in Gurghiu. There were some different kinds of plants and trees we saw. After the trip to the park, we had time to eat and walk around the school. Later, we went to a hunting museum. There was a whole building filled with trophie animals from the whole world. The man that was working there told us that there are many bears in the Carpathians. 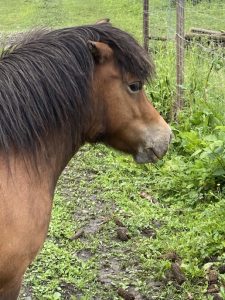 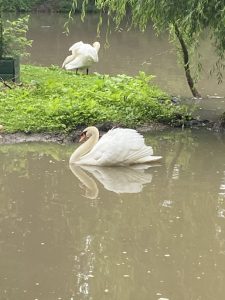 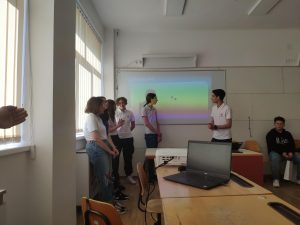 On the 6th day of our visit to Romania (the 2nd of June) we took a trip to a couple of places. First, we went to a park in which we took a walk and were able to see and take pictures of Lake Ursu – the only heliothermic lake in Europe. The weather was especially hot and sunny that day, but we managed to keep cool with the help of the shadow created by the trees. We had around an hour and a half to spend there after which we got in the bus and continued our journey to the next destination – the Praid Salt Mine, located in the Gurghiu Mountains. There we could buy tickets for another bus which later took us to the mine itself – we got off in a tunnel and after going down a large staircase we arrived in the spacious salt mine. The atmosphere was breathtaking – I’d never been to such a place before. People who go there can participate in different activities – there are games, playgrounds, restaurants, small souvenir shops – it’s like a city under a city! Opposite to the scorching temperatures outside, the mine was rather chilly. 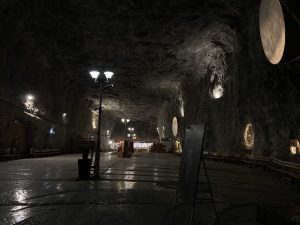 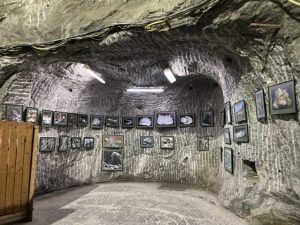 The 7th day of the visit was the last one we spent in Reghin. After waking up and getting ready we went to visit the Gurghiu Forest High School for the last time. There we received our Certificates of participation and sadly had to say goodbye to our international friends from Romania and Slovakia. Thankfully we still had one more place to go with the people from Poland – the medieval town of Sighisoara. Sighisoara is the birthplace of Vlad Dracula whose life and actions were the inspiration of Bram Stoker’s book, Count Dracula. This small city is filled with astonishing and colorful architecture. Being honest, this day was the most emotional one, we all got a bit depressed by the fact that we have to separate, and all go our separate ways – everyone to their own country. We said our goodbyes with the Polish girls and set out to the capital of Romania – Bucharest. We arrived there around 10pm and after checking into our hotel we took a short night walk around the city with our teacher. 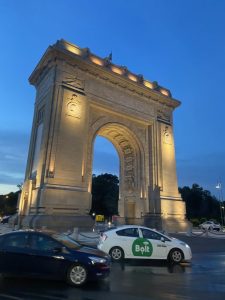 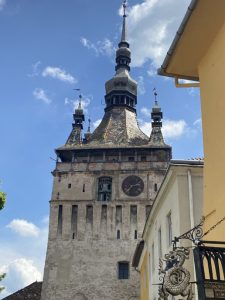 This was our last day in Romania and it was reserved for walking around in Bucharest. We all wished to have had more time for spending in the Romanian capital, but we still made the most of our time there. We saw the palace of the parliament, which is the heaviest building in the world and also the second largest administrative building. The weather was really hot and sunny, but that wasn’t really a big bother. We took a lot of pictures near the many giant fountains in the centre, and stopped at a few stores for food, souvenirs and to cool off. We took a stroll in the old part of the city. The architecture designs – the buildings, the streets were all beautiful and could really make one thing as simple as walking and looking around so enjoyable. Our time flew by and it was suddenly time to go home. It was a long ride again and by the time we got to Bourgas we were all exhausted and a little sad that the trip had ended, but also greatful for the wonderful opportunity that we had been given. 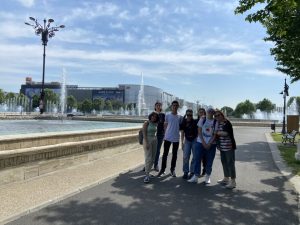